Come Out And Play!
JOIN THE BAND!

Sectional rehearsals can be held and are encouraged ESPECIALLY for those planning to participate in the San Francisco Chinese New Year Parade beginning 1/10. All sectional participants must pass the Daily Symptom Survey, use instrument specific personal protective equipment if indoors, and may not exceed 10 participants in a group. If you have not received your instrument-specific personal protective equipment, please email uniformsucdmb@ucdavis.edu to request it.

Leadership meetings will be held via Zoom beginning 1/10. Please see your emails for Zoom links and more information if you are an officer or section leader.

The UC Davis Marching Band represents the University of California’s Davis campus. Established in 2019, the UCDMB performs at a number of events throughout the year. We can be seen at all Aggie home football games, men’s and women’s basketball games, and other athletic events. The UCDMB also performs on campus and out in the community. Recent performances include the annual UC Davis Picnic Day Parade and Battle of the Bands, halftime performances at the Oakland Coliseum for the Raiders, and the San Francisco Chinese New Year Parade. 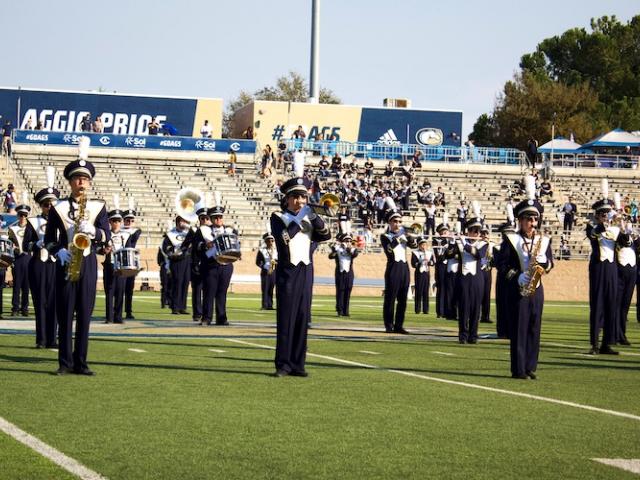 We serve, promote and represent the UC Davis community by striving for excellence in musical performance. 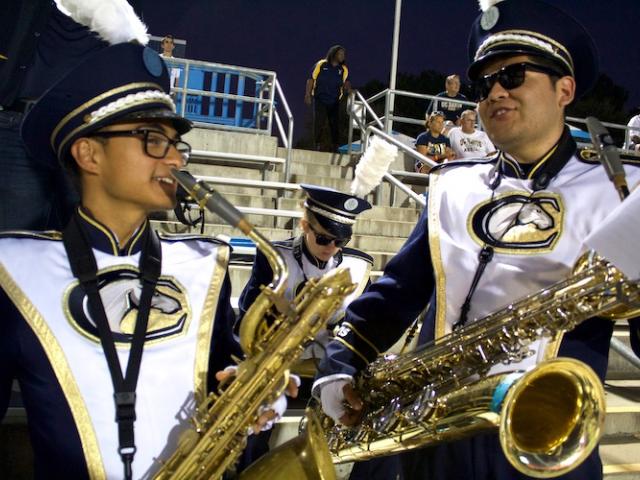 Interested in joining the UC Davis Marching Band? Fill out an interest form. 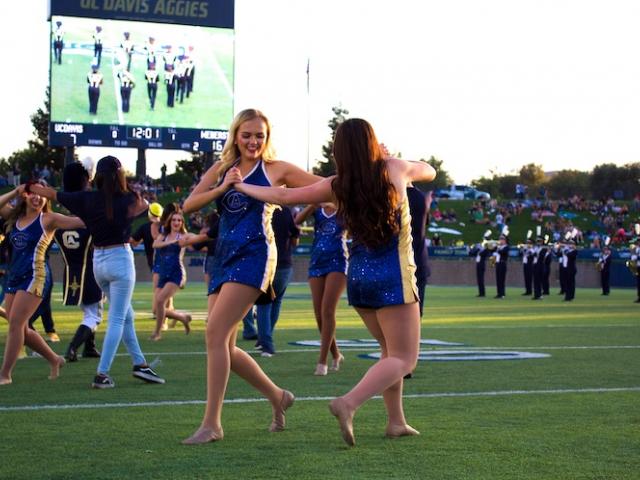 The UC Davis Dance Team is an integral part of the University's school spirit.